I know I'm a little late on this but after hearing about the MTV Video Music Awards all week I finally got around to watching it myself and would like to comment on a few things.

First of all the promotional ads for the show featured Britney Spears, who was the star of the show last year, and last years host Russell Brand.

In the ad Britney is sporting her recent Stepford Wives look that she's been dressed in everywhere lately. Stepford Wives ties in directly with mind control as in the film the wives of Stepford are transformed from successful women into robotic slaves. 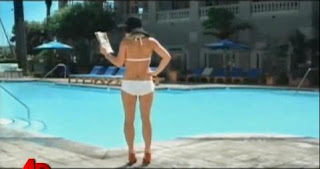 Britney is wearing red shoes and her entire outfit makes the combination of black, white, and red. 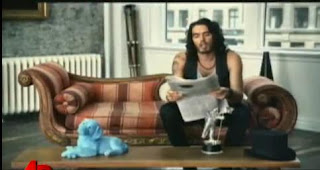 There's a top hat on the table next to the moon man.

The rest of the ad features Russell hypnotizing Britney and trying to convince her to sleep with him. 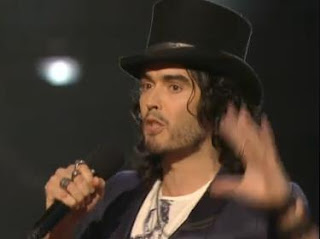 The top hat appears again on the actual show. The top hat represents Russell being the magician and master of ceremonies orchestrating the show.

Lady Gaga, who was the top nominee along with Beyonce, gave an...interesting performance. 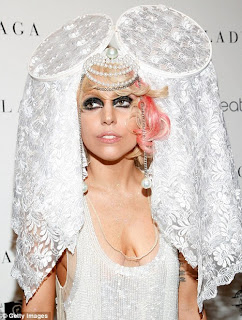 First of all let's have a look at what Lady Gaga wore backstage. Of course this is not the first time a blonde superstar has appeared at the MTV Video Music Awards in a wedding dress. Madonna performed at the very first VMA's in a wedding dress for her performance of "Like a Virgin" and Britney Spears appeared in an identical dress 20 years later for their infamous "kiss" performance in 2003. 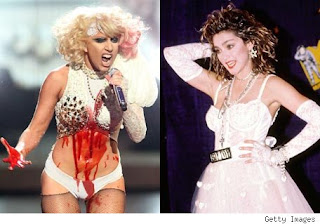 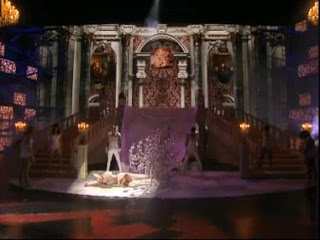 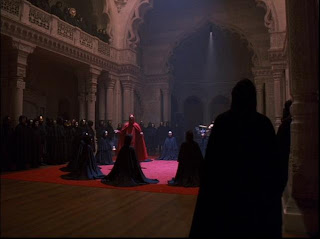 The comparisons with Eyes Wide Shut are interesting considering on her Fame Ball tour she opens the show wearing a fragmented mirror mask similar to the masks featured in Eyes Wide Shut and those generally worn at masquerade balls. 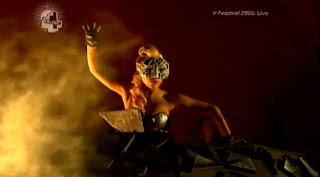 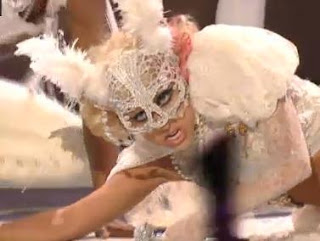 She even wore a mask for the VMA performance but this one had horns. There have been slight references to goats in Lady Gaga's work for months now. 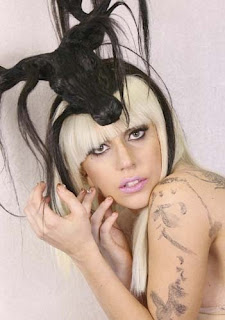 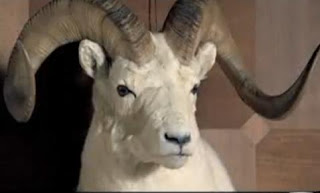 And in the video for "Paparazzi" there's a close up of this goat head mounted on the wall.
This immediately makes a suspicious mind like mine think of the Baphomet. The possibility of the Baphomet being referenced in Gaga's work ads an interesting element to the recent rumors of Gaga being a hermaphrodite considering the Baphomet is intersex. 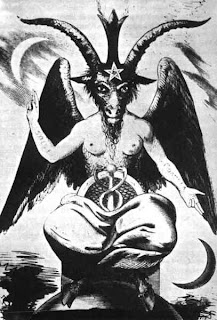 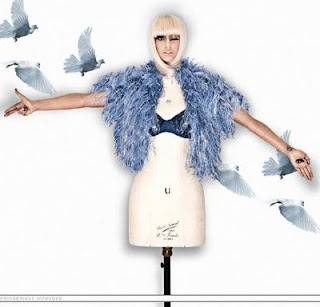 The Baphomet also has intertwining serpents on his stomach similar to the Caduceus which is a common symbol for Kundalini energy. This ties in with the blue/red, masculine/feminine energy exploration I've been blogging about for months. 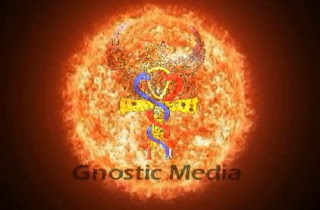 Adding fuel to the fire Jonas Akerlund, the videos director, wore a Baphomet shirt on the set of the video. 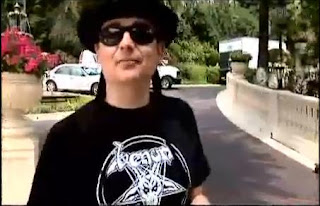 Jonas is also the director of Madonna's Confessions Tour DVD which I recently blogged about.

Of course the moment that everyone is talking about is when she started bleeding (it was staged). What I find interesting thought is what happened after that.

The background dancers gather around the blood soaked Gaga and appear to feast on her. This is interesting considering the lunatic feasts and blood rituals that are common with the Occult on the presence of a full moon. This also heightens the "Like a Virgin" comparisons as Madonna plays a sacrificial virgin to the lion (Sun God) on a full moon in the "Like a Virgin" video. Lady Gaga also reportedly originally wanted to walk the red carpet with a lion.

This is not the first time Gaga has expanded on Madonna iconography. 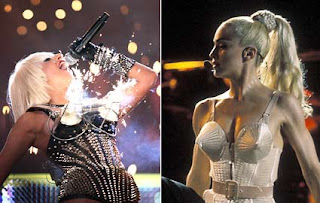 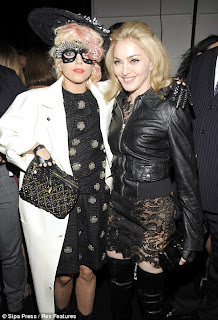 Coincidentally or not Lady Gaga appeared with Madonna the following night at a Marc Jacobs party. 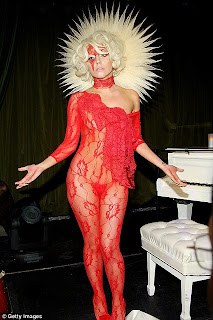 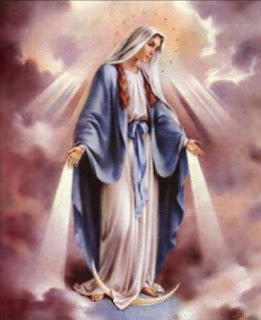 At the same event she performed as the Virgin Mary, halo and all. Both her performance at the VMA's and this outfit reminds me of the iconography of religion and fame so commonly revolving around death.


Lady Gaga and Kanye West will embark on their Fame Kills Tour later this year.

Later on the stars of the Twilight Series appeared to premiere the trailer for their new Occult film New Moon. 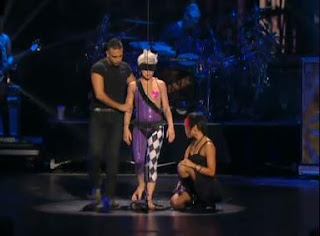 Later Pink performed her MK'ed "Sober" blindfolded in a purple and checkered outfit. 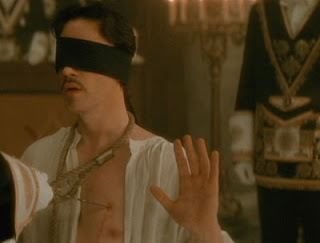 I might get into the similarities between Britney and Pink's recent tours when I have more time.

Another interesting moment was when Beyonce won Video of the Year and invited Taylor Swift onstage to finish her acceptance speech (I'm sure I don't need to explain why). 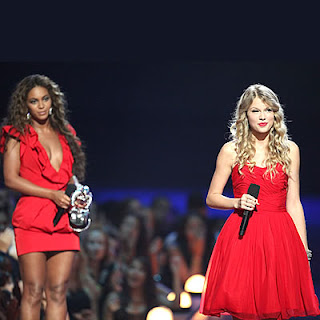 I'm sure I'm not the only one who noticed they were both wearing red dresses. Not only that but Lady Gaga wore a red dress that night too.

I didn't even know who Taylor Swift was before this week yet somehow she became the biggest media distraction since the death of Michael Jackson.