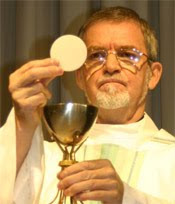 Ending the last entry with Jesus made me recall an entry that I coincidentally wrote a year ago titled Gaga for Death. In that entry I pondered the habitual response to media and artistic representations of death when death is an exalted subject of many cultures and religions across the world.

In fact, a large part of the worship of Jesus centers around his death and eventual return. Followers of Christ symbolically eat his flesh and drink his blood with the serving of wine and crackers in Communion.

With the Halloween and Day of the Dead celebrations recently taking place I was reminded of just how much death is a common theme in many of our cultures. Although separated by various nuances it seems that we all share a common need to invest energy into the dead. 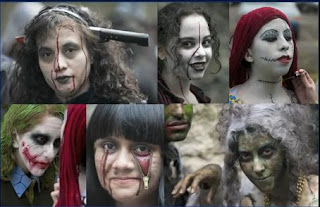 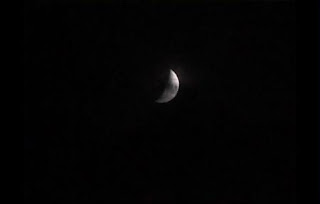 
Conspiracy aside, our global investment in the death of Michael Jackson did spark a major shift. Whenever that much energy is invested something will come of it, whether the shift was manipulated or not is beside the point. The brilliant Michael Jackson monolith series over at All Signs Point To God exposed the intensity of events that took place around the time of Michael's death and around the time of his media exploitation following his death.

The public's reaction to the news of the death of Michael Jackson displayed our need to invest energy into the deceased. It appears that this need may be instinctual if you take into account the footage of people immediately running to the streets and blasting Michael's music and lighting candles. Some of this took place in his hometown of Gary, Indiana, the Apollo where he performed throughout his career, and various places around the world. One celebration took place under the Eiffel Tower which is interesting if you take into account the aforementioned series over at All Signs Point to God and his thoughts on the exposure of Jackson's daughter Paris and the symbolism associated with it. There was even a Mass Moonwalk that took place in London.

The ritualistic nature of the death of Michael Jackson was presented once again with the recent premiere of the music video "Runaway" by Kanye West.

Michael, I can see your halo

Even other pop stars like Beyonce and Madonna got involved in the worship of the fallen king. During Madonna's tribute the four colors from Dimensions of Dance were even used.

The recent increase in celebrity deaths brought attention to many people to that fact that these deaths usually come in three. Another pattern people have began to notice is that many of these celebrities die on the 25th of the month. 2+5 would make 7 which in itself is a highly symbolic and important number in not just the Occult but many religions and cultures around the world. The fact that there are usually three deaths points to 777 which is an important number to Occultists as pointed out by Aleister Crowley. 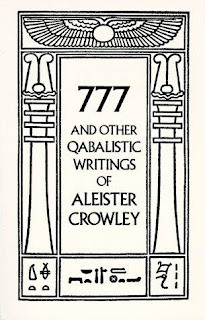 The number 777 comes from the Qabalisitc (or Kabbalistic) Tree of Life. The Tree of Life has 22 pathways that connect the spheres and each Sephiroth has it's own number value. When those numbers are added together they equal 777. The gap between Binah and Chesed equals 3. The number 3 is also symbolic as it is representative of the triad and holy trinity. 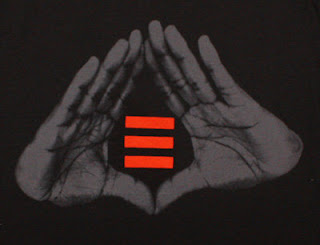 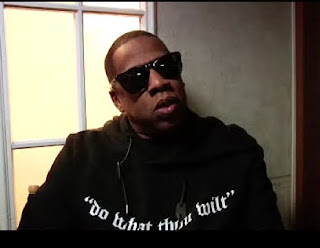 The Tree of Life itself is for for spiritual beings to descend the Tree, and for human beings to ascend the Tree which is interesting if you take into account the context of this post.

Death and rebirth as a vehicle for spiritual power is a concept associated with the Occult. I first explored death in the Gaga for Death series around this time last year. I recently found a series by The Forerunner where he analyzed Lady Gaga's 2009 performance of "Paparazzi" at the MTV Video Music Awards. In the series he highlights the use of two pillars, winding staircase and light which are used in Freemasonic initiations. The same scenario was pointed out by Jake Kotze in his classic video the 911 Stargate. In Eye of the Beholder I explored the Goddess, Isis, and Lady Liberty symbolism associated with Lady Gaga. 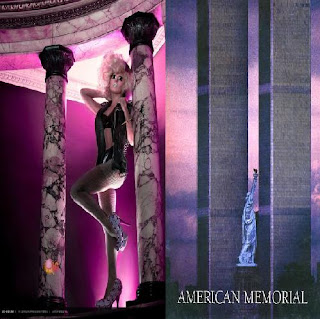 In the Gaga for Death series all of the death symbolism were geared toward the negative aspects of death. The raven which is a symbol of the negative aspects of death along with the repetitive focus on dead celebrities who died in tragic circumstances such as Princess Diana, Jon Bonet Ramsey, and Marilyn Monroe. This ties in with Michael Jackson as his death was ruled a homicide.

All of this talk of energy reminded me of an article written by Matthew Delooze titled You Say She's a Virgin. The article was about Al Gore's Live Earth event headlined by Madonna. Matthew has written many articles about events and festivals being used to extract energy. In this particular article he pointed out something I'm sure no one watching the event noticed. At the same time as someone in the audience threw a flag barring the Knights Templar symbol the same symbol appeared unnoticed on the screen projections behind Madonna. 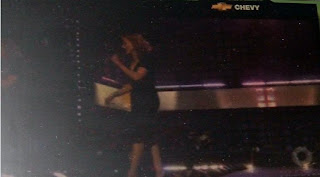 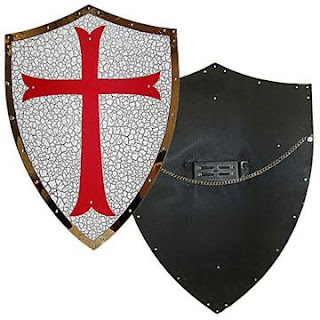 It is interesting that Madonna, the pop culture face of Kabbalah, is being used to showcase Knights Templar symbolism. The Knights Templar's utilized the Dome of the Rock. It has been speculated that they began to deviate from Christianity (and/or Gnosticism) and learned the Kabbalah from the Jews. The Jews had learned the arts from the Pagans in Egypt. Some have connected the Knights Templar's to what would later become the Freemasons; this connection has, however, been disputed by many. 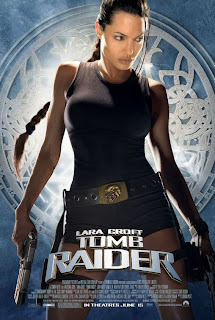 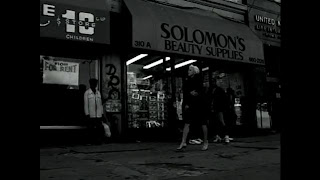 Solomon's Temples got a Secret
Speaking of energy harvesting at festivals, Jay-Z recently performed at Coachella with his wife Beyonce. As he performed for the crowd he told them that he felt their "energy and spirit". His wife Beyonce wore what some would describe as a Baphomet ring. They perfomed Jay-Z single "Forever Young". Immortality is of course a key theme in many Occult orders. 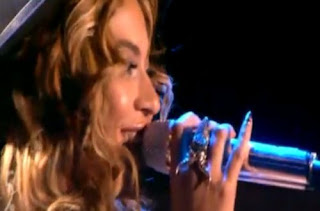 furthermore, "celebrity", rooted in "celebration", is our modern version of the celebration the ancients undertook for literal stars. celebration, dance..
Dancing in the Dark 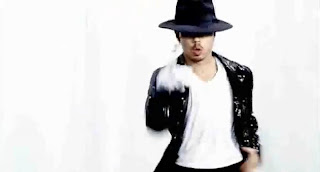 Madonna celebrated the dead by incorporating Michael Jackson into her music video for "Celebration".

The music video was used as a promotional tool for Madonna's greatest hits album. Also used as promotional tools were short clips which played many of her hits backwards. The use of backwards recordings, known as backmasking, was advised by Aleister Crowley. This applies to Necromancy which is, in short, communication with the dead.

David Bowie also used both the Kabbalah and the summoning of spirits in his song "Station to Station". The station in the title refer to the 10 Sephirot's of the Tree of Life as well as the fourteen landmarks on Christ's path to crucifixion. David Bowie also sings of the descent of God to the physical plane thus making man one with God.

"Bring the heavens and the stars down to Earth for me" - Madonna, Isaac 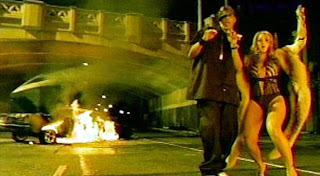 The rebirth theme was exemplified in Beyonce's "Crazy in Love" music video as she burns and is reborn as Sasha Fierce much like a Phoenix. We have also seen a return to form from actor Joaquin Phoenix after a downward spiral which many speculate was orchestrated to promote a movie. 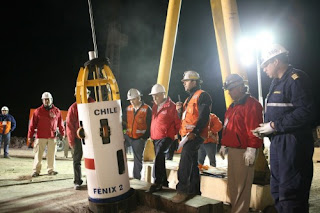 We also witnessed the 33 Chilean miners as they were rescued by the Fenix (Phoenix). 33 is of course a highly symbolic number. 33 is the highest degree of Scottish Rite Freemasonry. The first temple of Solomon also stood for 33 years. Jesus Christ also lived to be 33.

Kanye West, who's current music video "Runaway" prominently uses a Phoenix theme, is 33 this year. The rapper, who's Horus/Christ symbolism I explored in Eye of the Beholder, debuts this week at #1 on the billboard charts after what some guessed would mark the end of his career after a series of media backlashes. Sacred Heart
Posted by MK Culture at 8:51 AM 8 comments

Lately I've been noticing a lot of critical analysis geared towards sites that explore symbolism in pop culture. A lot of people seem to feel this research is pointless and leads no where. They also feel that by exploring symbolism we are indoctrinating people on the Occult instead of leading people away from it.

At one point I shared this thought. I became disillusioned with the research and it's repetitive nature. I found myself wondering where exactly it was heading. The more I researched the symbolism the more I found links to various spiritual practices which threatened the perceived assumption that these symbols were being used for nefarious purposes.

Eventually I realized the significance of my disillusionment. The frustration did not mark an end to the research but instead aided in the progression of my own personal realizations. I had risen above the intentions of the string pullers and was now focused on the power of my own perception of the narrative. The symbols association with spiritual rituals highlighted the fact that symbols change and can be used for various purposes. In order for the symbols to be used as a form of suppression we have to perceive them to represent someone elses power, not our own. So in the end our perception is in control; that realization puts us back into the drivers seat.

What I've also realized is that I would have never gotten to this point if I wouldn't have been exposed to the symbolism in the first place. In order to realize your authority over the symbolism you must first be awakened to the fact that these symbols exist and are around you. When you think about the term expose it means to lay open; to undercover; to present to view. The exposure of this symbolism is necessary. What happens is when people move past this step of analysis they undermine it's significance and forget that they were once uncovering the layers themselves.

In the end we are all where we chose to be. I wouldn't say we're all on different levels because that would imply that some of us are better or more advanced than others. Everyday there's a new person being exposed and awakened to what we're already aware of. It's beautiful that there are now so many researchers out there because no matter where you are in your own personal journey you have a place of refuge. Here's to respecting and honoring everyone's point of view.
Posted by MK Culture at 11:34 AM 10 comments