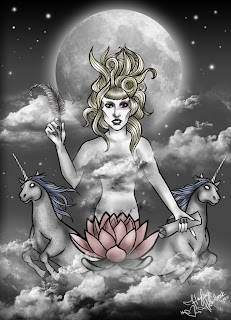 In my last post I explored the ever-present theme of the Goddess archetype within the context of pop culture. That inquiry ended with "Born This Way", the latest music video from pop star Lady GaGa. In the video Lady GaGa embodies Gnostic Goddess Sophia.
The parallels between Gnosticism and our current pop culture made be recall Kate Bush and her inclusion of Gnostic principles in her work. Gnosticism is referenced heavily in Kate Bush's 1982 album The Dreaming.
As a former music addict, I was once heavily into the work of Kate Bush. It always surprised me when I would bring up her lyrics to people and didn't receive very much feedback. It seems that many haven't even thought about what the songs they listen to on a regular basis actually mean. Of course the meaning of lyrics are subjective, but Kate Bush, like David Bowie, references very specific symbols and ideologies in her songwriting. It always struck me as odd that many never even bothered to look into what Kate Bush was singing about. But then again wannabe hipster posers are an entirely different blog post...
The album title The Dreaming refers to Australian Aboriginal mythology. The Aboriginals believed in two parallel streams of activity; our daily lives and a second stream called dreamtime which is considered to be more real than what our modern culture refers to as reality. What happens in dreamtime informs what is done in day to day life. "Dreaming" refers to an individuals spiritual beliefs which are manifestations of the individuals dreamtime and not determined by systems of belief.

The album begins with the song "Sat In Your Lap" which is about the quest for spiritual knowledge. As the album progresses, the song "Suspended in Gaffa" blatantly references Gnosticism. This goes back to what I said above about being surprised that many Kate Bush fans have not bothered to look into the meaning of her lyrics. The first lines of "Suspended in Gaffa" are "out in the garden there's half of a Heaven/ We are all bluffing, we're not ones for busting through walls/ But they've told us unless we can prove that we're doing it we can't have it all."

I don't see how you can derive your own meaning from those lyrics unless you have a garden with a wall and there's half of a heaven out there and there's people telling you that you can't have it all (what ever it all is) unless you can prove that you're doing it.

The lyrics obviously refer to the the Garden of Eden but in a Gnostic point of view where Adam and Eve were believed to be enslaved by an envious God (known as the Demiurge) who blocked them from enlightenment. The lyrics continue with a second character (sung by Kate Bush) who sings "not until I'm ready for you" through the wall. This character clearly represents the Demiurge.

This theme is carried out on the album cover where Kate Bush and a man are seen in a garden on the brink of kissing. The man is chained and Kate has a key in her mouth. 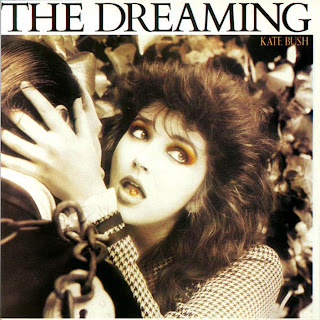 "Just one kiss from on my lips
Was all it took to seal the future
Once upon a time
There was a boy and there was a girl
Hearts that intertwined
They lived in a different kind of world" - Madonna, Forbidden Love
In 2009 actress Drew Barrymore made her directorial debut with the film Whip It. Drew Barrymore began her career in the film Altered States which is about John C. Lilly sensory deprivation research which includes drugs such as LSD. These same methods were used in Project MKUlra and it's offshoot Project Monarch. Since then Drew has become yet another actress that has exemplified and has been associated with themes common in Monarch slaves. Check out my Facebook photo album for examples of Drew's Monarch symbolism and check out my Youtube channel for more info on Monarch symbolism in entertainment.
The film Whip It stars Ellen Page who I first covered in my post Lolita's Candy  for her starring role in the film Hard Candy. In the film Ellen's character seems to reference Little Red Riding Hood. Little Red Riding Hood has long been suspected of being a thinly veiled story about sexual abuse. In chapter 4B of The Illuminati Formula Used to Create an Undetectable Total Mind Control Slave, Little Red Riding Hood is identified as a programming tool used for slaves when they are being hunted.
Ellen Page also starred in the film Juno where she played a teenage mother. The title Juno is interesting considering there is a Roman goddess named Juno. Ellen also plays a mother in the film evening out the Mother Goddess theme. 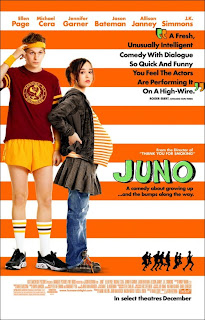 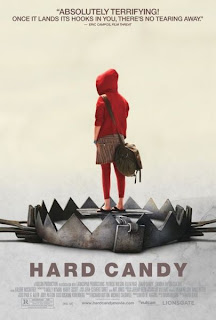 The film Whip It is about a teenage girl who takes an interest in roller derby. The number 22 plays an important role in the film. First of all, Ellen's character has to lie about her age in order to join the team the Holy Rollers and chooses the age 22. Secondly she is number 22 on the team and the number is easily identifiable on her uniform throughout the film.
In the "Occult" (really gotta find a new word) the number 22 is considered a power number (consider this when you are paying attention to dates of significant events) along with 11 (mmhmm) and 33. These are numbers that cannot be reduced to a single digit. This fits right in with the theme of the film as the lead character is finding her power by breaking away from her parents dreams of her future and finding her own path.

Some of you may have noticed the inverted pentagram in the photo above and thought you were "reaching" but you weren't. The pentagram is shown numerous times in the film. As I watched I had to laugh at some of the scenarios in was shown in.

Ellen conveniently stopped right in front of the camera many times to show off her pentagram. The inverted Pentagram represents battles and association with the physical realm (as opposed to the spiritual). This fits right in with the film as Ellen's character battles her insecurities and relationships in order to claim her power. The inverted Pentagram is also the sigil for the Baphomet and can be seen in the music video for Wiz Khalifa's material (physical) obsessed anthem "Black and Yellow". Oh and check out the 12 on the shirt of the guy in the background.

Check out Leo next to "Eve" and yet another inverted pentagram on Drew Barrymore's hat as she complains about something trivial (physical). 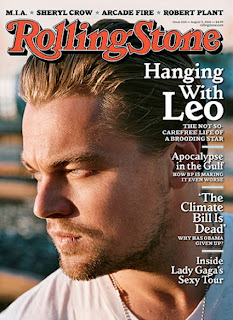 Reverting back to the previous topic on Goddess symbolism, I recently re-discovered Goldfrapp who were another band I was into when I was into music a few years back. For now I will ignore the symbolism of Gold. In 2008 the band released an album titled Seventh Tree which the band says was inspired by Paganism and surrealism (surreal - dreamlike- The Dreaming?). During the promotion of the album owls were used a lot. In fact if you google Goldfrapp one of the first photos that comes up is of the lead singer Alison in front of a giant Owl.
Owls are an important symbol as they are associated with many Goddesses including Isis, Athena, and of course Ishtar. Conspiracy theorist (as the weak-minded refer to them/us as) will remember when Alex Jones taped footage of the the Bohemian Grove where the elite performed mock sacrifices in front of a giant Owl. Jones said that the Owl represented Moloch - it doesn't, but whatever. 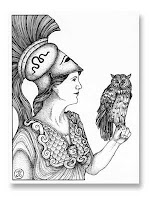 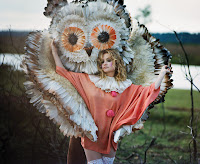 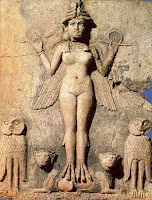 I also remember the music video for Aaliyah's "Are You That Somebody" where there was an Owl. The video also took place underground. Aaliyah also played an underworld queen in Queen of the Damned. Aaliyah died when she was 22. 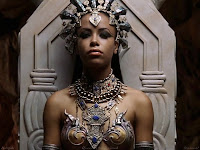 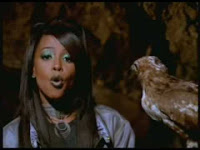 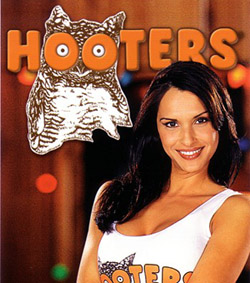 I almost forgot Hooters which uses an Owl in it's logo. You may laugh but remember Ishtar practiced sacred prostitution hence pop star Madonna's sexual image.

In 2005 Goldfrapp released their album Supernature. The album cover features Alison in front of stars in a peacock dress. The peacock represents knowledge (Gnosis) and immortality. The Greeks dedicated the Peacock to Juno. 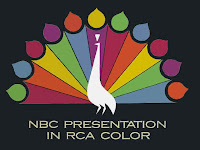 The rest of the images used to promote the album Supernature (interesting title) are also interesting. One photo is of an apple which has been bitten which goes back to the beginning of the post with Kate Bush's Gnostic vision of the Garden of Eden.

"Oh child of Venus you're just made for love" - Goldfrapp, Ooh La La
The apple (knowledge of good and evil), the peacock (knowledge, immortality), and the lyrics about Venus paint a different picture than the mainstream view of Goldfrappp as a band. Venus represents many Goddesses including Diana. Venus also represents the morning star Lucifer within a Christian context.
Many Goldfrapp fans have pointed out the relationship between Goldfrapp's lyrics and drug culture. Alison has openly admitted to drug use in the past as she was once a club kid. Many have speculated that the term the song "Ride a White Horse" is about cocaine as the term white horse is supposedly slang for coke in some parts of the world. Alison has said that to her riding a white horse means riding off into freedom. Both of these meanings make sense as many relate drug use to a feeling of ecstasy (no pun intended).

Many people who use drugs say that the drugs give them vision. In the song "Lovely 2 C U" Alison seems to sing about visions (the dreaming).

The white horse also takes on a different meaning in the context of Christianity. In the photo below a white horse is seen in Alison's left eye (horus, moon, lunar, goddess). 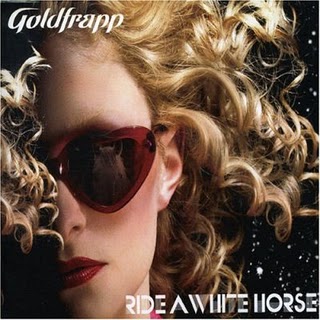 In other photos, like the cover for the single "Ooh La La", wires are shown. I immediately thought of being "plugged into the matrix" and the machinery of the world. Alison speaks sings of this machinery in "Utopia" from their debut album Felt Mountain. The song "Utopia" also seems to point to mind control.


"I forget who I am
I'm wired to the world
That's how I know everything
I'm super brain
That's how they made me" - Goldfrapp,Utopia
As you know, victims of MKUltra's minds are like a computer. They have photographic memory and literally can know everything. They also forget who they are under an amnesiac state. That's how they were made due to traumatic abuse. Is this the "fascist utopia" Alison sings about? Someone once pointed out the good things that come from being chosen for Project MKUltra and/or Monarch referring to the photo graphic memory, the psychic abilities - all of which remain even after deprogramming, but I'm sure all victims of mind control would trade those forced abilities in to not have to experience the trauma that was required to obtain those abilities and the hours, days, years, of missing time.

That damn white horse again (from the Bedtime Story video) 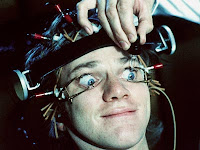